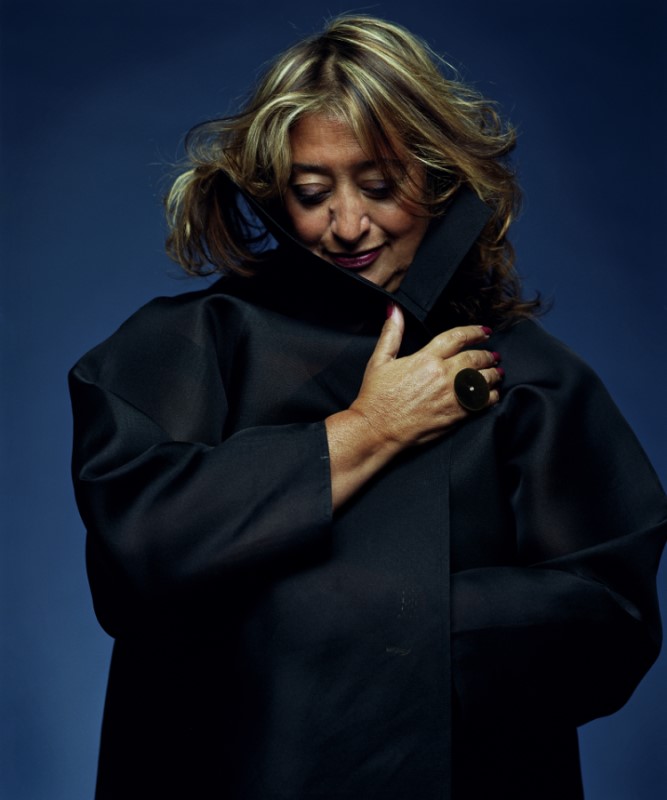 Thoughts of Oxford easily bring to mind its dreaming spires and historic buildings. Modernity, futuristic style and innovative design on the other hand are not so often contemplated. Let’s see what we can do about that. What many people don’t realise is that we are lucky enough to have one of Dame Zaha Hadid’s iconic, mesmerising modern buildings right here in our city, amongst our spires.

Hadid’s unmistakable designs are more inspired by the laws of art than the laws of gravity, with her buildings having the appearance of operating completely outside of physics. The beautifully designed Investcorp Building here in Oxford is no exception. As you look towards it, it reflects the unseen sky right back at you, creating an invisibly visible horizon. Hadid designed the mind-bending Investcorp Building, which forms part of the Middle East Centre at St Antony’s College back in 2006 and opened the building in May 2015. The building is nestled within the eclectic college campus, where it creates an extraordinary impact on the landscape whilst accentuating the natural environment that surrounds it. Hadid is an Iraqi-British architect whose iconic designs can be seen all over the world, where they continue to transform the landscape and inspire their onlookers. She broke the moulds of architectural design and revolutionised the way architects use shape and style in their creations. Hadid has been described very aptly as, “a planet in her own orbit” by influential architect and Professor Rem Koolhaas and “Queen of the curve” by the Guardian.

Having visited the ancient Sumerian cities whilst growing up in Iraq, Hadid recalled “I was amazed. My father took us to see the Sumerian cities… The beauty of the landscape – where sand, water, reeds, birds, buildings and people all somehow flowed together – has never left me.” Hadid was also inspired by the Russian abstract artist Kazimir Malevich. Malevich was a radical and avant-garde artist who inspired a 20th century art movement known as suprematism and Zaha Hadid was obsessed with it, noting that “all these things I discovered was through abstraction. I could read the abstract drawing and for the first time I realised how my mind worked.” Hadid is famed for her pioneering and spectacular style, but early in her career it seemed as though her designs were, if anything, too pioneering and too spectacular. Despite being recognised so early on in her career, not one of Zaha Hadid’s designs was actually built. Her designs were winning international competitions but were left unbuilt and deemed too radical for construction. 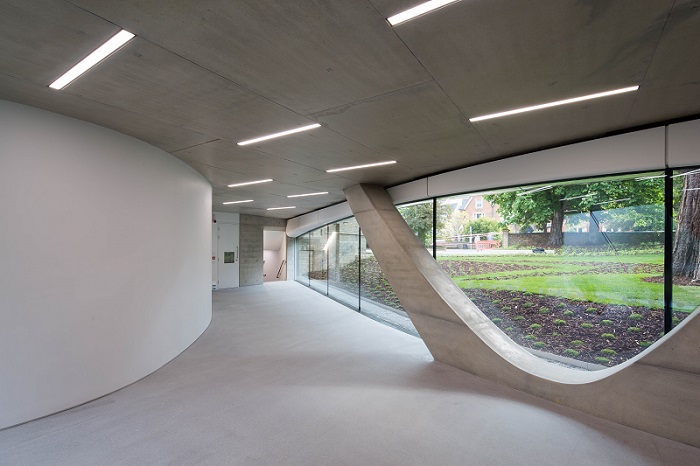 Photograph of the interior of the Investcorp Building by Luke Hayes. Photo permissions kindly given by St Antony’s College.

Hadid persisted with her designs, creating new blueprints with new designs, each one as remarkable as the last. She continued to innovate in her designs and create unimaginable spaces, undeterred, as she waited for everyone else to catch up. Hadid was 44 when her first design was brought to life. Finally in 1993, Hadid’s first two buildings were built. The first with the help of Vitra Furniture Company and the second with help from the local feminist community. Having waited 16 years to have her first design realised, Hadid remained an unstoppable force in architecture. She continued in her avant-garde style to create masterpieces the world over, inspiring a whole new century of architectural possibility. Zaha Hadid’s awards are multiple and include the most coveted prize in architecture – the Pritzker Architecture Prize. She was the third Briton and the first woman to covet this most prestigious and prized architectural award. As a result of her extraordinary achievements, Hadid also received a Damehood from the Queen in 2012. Hadid passed away aged 65 in 2016.

Hadid’s Investcorp Building won a World Architecture Award in 2016, as well as awards from the Oxford Preservation Trust, RIBA South and a RIBA National Award. This magnificent building continues to inspire awe in students and visitors alike. The building boasts a large lecture theatre where a programme of public lectures take place throughout the year. Unfortunately, these events are not currently taking place due to COVID 19 restrictions. St Antony’s College run tours throughout the year, giving you an opportunity to marvel at the artistry of this building as well as visit the gallery spaces, lecture theatre, library, and archive. Tours usually take place on Wednesdays, but unfortunately are not currently taking place due to COVID 19 restrictions.

Please visit St Antony’s College website for further updates about public lectures and tours of this magnificent building. It’s an absolute delight to have one of Zaha Hadid’s mesmerising, mind-bending designs right here in our city. There are only five Hadid buildings in England and the Investcorp Building is the only one outside of London. The Investcorp Building was the last of Hadid’s designs to be built in the UK and so we feel all the more fortunate to have it.