Empress Matilda: Lady of the English

The Nearly Norman Queen of England

We can think of Empress Matilda as the fierce nearly Norman queen, who battled her cousin Stephen and the sexism of medieval England for 19 long years, during a period described as ‘The Anarchy’. Basing her campaign in Oxford, Matilda battled, sieged, and even made an elaborate escape during her enduring efforts to claim the English throne.

Matilda would have been the first English Queen to rule in her own right, had she been crowned in 1141. She was the first woman to be named as heir to the English throne and she fought fiercely for her succession. As it happened, England wouldn’t see a queen for another 400 years. Enter, Mary Tudor – Bloody Mary as she would come to be known, who, unlike Matilda was officially anointed and was crowned Queen in 1553. 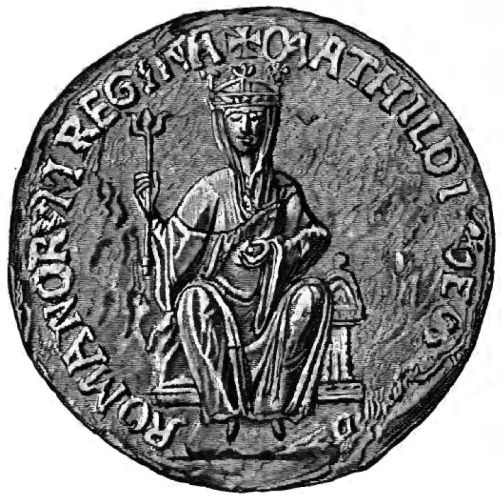 Matilda was the daughter of Matilda of Scotland and King Henry I of England. Henry I nominated his daughter Matilda as his successor and heir to the English throne, as his only living legitimate child. Henry had his court swear an oath to support Matilda, but there had never been a female heir to the English throne before and they agreed reluctantly. Upon the death of Henry I in 1135, Matilda inherited the throne and was set to become the first Queen of England. But her cousin Stephen of Blois contested her right to the throne and formed a coup, whereby he raced to Winchester to be crowned first.

Matilda contested the rule of her cousin Stephen and marched to Oxford to base her campaign at Oxford Castle. Matilda fought for her own succession to the throne throughout the 19-year civil war. Stephen had the church on side through his younger brother Henry, the bishop of Winchester and the support of the nobles. Matilda had her uncle, King David I of Scotland and her half-brother Robert of Gloucester. Matilda and Stephen battled it out, up and down the country. ‘The Anarchy’ saw battles, sieges, captures, imprisonment of the king and some tricky escapes – more on that later.

During The Anarchy, King Stephen was captured, imprisoned, and deposed. Matilda ruled for a short time, calling herself ‘Lady of the English’. Coins were issued in her name and arrangements were made for her coronation. But it wasn’t to be. In the build up to the coronation it was customary for the upcoming monarch to grant tax concessions and favours to the public. But Matilda endeavoured to ignore the people of London and grant no favours. This angered the public and the crowds turned hostile as an angry mob forced Matilda to flee to Oxford.

Now back in Oxford, and having missed her opportunity to become queen, Matilda was forced to release Stephen from prison in exchange for her half-brother Robert of Gloucester, who had since been captured. With Stephen now released from prison, he rallied his forces and sieged Oxford in an attempt to capture Matilda. Stephen’s army took control of the city and attempted to starve Matilda out. After three long months, a wonderous escape plan was hatched. Matilda is said to have been lowered from St George’s Tower using ropes. Dressed in a white cloak on this cold December night, she camouflage herself against the snow. Escaping across the frozen Isis, and walking through six miles of heavy snow, Matilda eventually reached safety at the nearby Abingdon-Upon-Thames. Matilda’s miraculous escape meant that The Anarchy continued for ten more years, with neither side able to win out against the other. 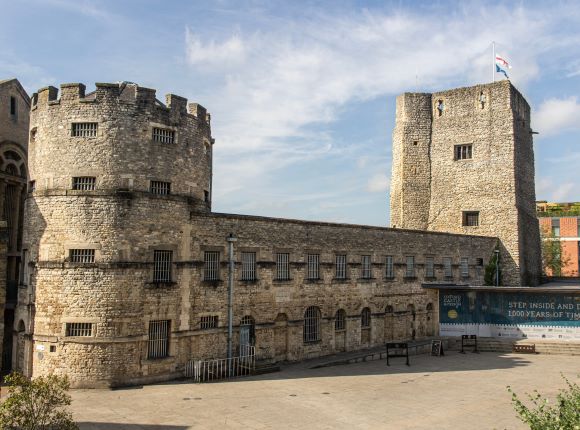 By the mid-1140s there was a sort of stalemate, with Matilda controlling most of the southwest of England and Stephen controlling the southeast and the midlands. The rest of the country remained under the control of local, independent barons. Matilda returned to Normandy and began to promote her son Henry as successor to the throne. With everyone eager to establish long-term peace, Matilda and Stephen came to an agreement that Stephen would remain on the throne until his death, at which point Matilda’s son Henry II would become King of England. Stephen and Henry formed the Treaty of Wallingford, in which Stephen made Henry his heir. In 1154, Stephen died, and Matilda’s son Henry became King Henry II of England, beginning the line of the Plantagenet kings. Matilda spent the rest of her life in Normandy, presiding over the government of the Duchy of Normandy, until she died in 1167.

By rights, Matilda should have been the first female monarch of England and she very nearly was. While 12th century patriarchal forces hampered her ambition, she fought for her succession and although she was never crowned, it was through her tenacity that her son did become king of England. Matilda’s legacy as domina Anglorum: ‘Lady of the English’ lives on, some 800 years later.