The Lady with the Camera: Grace Mitchell

The Lady with the Camera: Grace Mitchell
🕑 4 min read 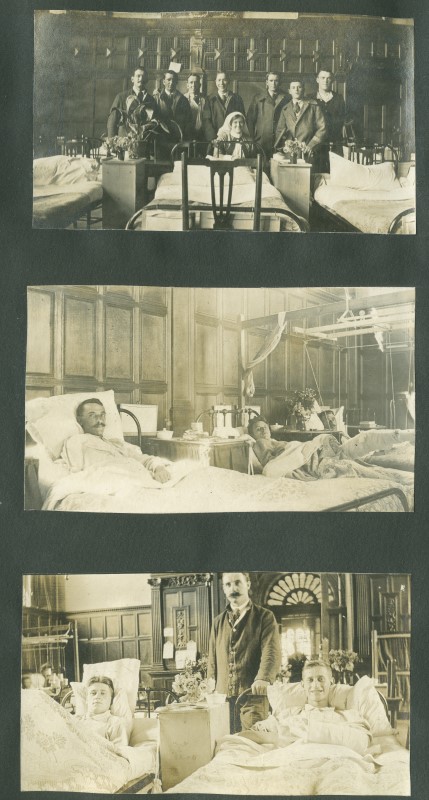 Grace Mitchell was born in Theydon Bois, Epping, in early 1887; the exact date of her birth is not known. She was one of eleven children to Peter Mitchell, a tenant farmer at Parsonage Farm, and Eliza Helena Flower, daughter of butcher and farmer Charles Flower. Grace grew up on Parsonage Farm with two younger sisters, Jessie and Blanche, and eight older siblings; Charles, Lucy, Mary, Elsie, Donald, Edwin, Wallace and Archie. Sadly, Elsie and Edwin died young due to diptheria before Grace was born. During their time at Parsonage Farm, Grace’s father started a venture into coal mining and by 1911 had become a coal merchant, moving the family to a house in Coppice Road, Theydon.

Grace began training as a nurse when she was 23 years old in 1910 at the Peterborough Infirmary, working as a staff nurse at Cottage Hospital, Beckenham in Kent until 1914. She had also signed up for the Territorial Force Nursing Service by the time the First World War broke out on 4th August 1914. The TFNS was established in 1908 to support the Territorial and Reserve Forces. Candidates had to be over 23 years of age and to have completed 3 years of training, and from 1913 could volunteer for overseas service. Over the war years there were about 7,000 TFNS nurses, of which about 2,280 went overseas.

When she was called up on 21st November 1914, Grace was stationed at 3rd Southern General Hospital in Oxford. This was a territorial-force hospital based in Oxford at existing hospitals and other large facilities. It was officially opened 16 August 1914 and had at least ten different branches in Oxford, with wards occupying both university and city buildings including the Examinations Schools, the Town Hall and the New College Shelter. During her time nursing there, Grace cared for Private (later Lance-corporal) Frederick Dobson, who had won the Victoria Cross at Chavonne, Aisne, France on 28th September 1914.

Grace kept a Brownie Box camera which she used to take many photos of her time at TFNS and Private Dobson featured in a few of her photos, which she had marked as ‘My VC’! She also took many photos of the hospital wards in Oxford where she worked and collected newspapers and postcards. She later took her camera with her to Europe.

In early May 1917, Grace moved to Etaples, France as part of the Unit 56 General Hospital. The hospital was a base hospital that was used in casualty evacuations, taking British casualties from the front lines to the coast via railways, where they were taken back to Britain on ships for long-term treatment. Between September 1918 and May 1920, Grace worked in Casual Clearing Stations across Europe, including Grevillers in France, Remy Siding in Belgium and Bonn and Cologne in Germany, where she stayed until 27th April 1920. Grace didn’t miss an opportunity to use her Brownie Box camera and her album features photos of her with nurses and officers from CCS 21 in the Rhine, Germany along with photos and postcards from the Rhine and Cologne.

After she was demobilised in 1920, Grace returned to live with her sister, Mary Annie Gibson, in Penarth in South Wales. She continued to work as a nurse and by September 1922, she was a staff nurse at St. John’s Hospital in Watford. In her later years, she lived with her younger sisters, Jesse and Blanche, and her brother Archie in Theydon Bois. Jesse was also a nurse with the British Red Cross during the First World War. Grace lived in Theydon Bois until her death in 1950 from bowel cancer, aged 63.

Grace’s photographs from her Brownie Box camera taken with her during the First World War were placed into an album and are now in the care of the Wellcome Trust in the Wellcome Library Collection in London, and is available to view in-person on request.