Myths and Legends of Oxfordshire

Witches, Mistresses and Wedding Woes: did you know this about Oxfordshire?

England is a country filled with spine-tingling myths and legends. Whether you believe in myths and legends or not, the stories of the Rollright stones, the Godstow Nunnery and Minster Lovell have left a lifelong impression on our proud city and continue to attract visitors from all over the globe.

According to myth, the Rollright stones near Chipping Norton were once a King and his army who are still awaiting somebody with strong enough magic to break their spell. The army was searching for Little Rollright when the King stumbled across a witch. The witch said:

If Long Compton thou canst see

King of England thou shalt be”.

Having taken seven steps, the King could see nothing but a mound, and so the witch turned the King and all his men into stone. Legend says the witch then turned herself into an elder tree to make sure no one would break the spell and at certain times of the year, under a full moon, the stones are said to come to life and perform strange dances with the faeries. Do you think you have the magic to break their spell? 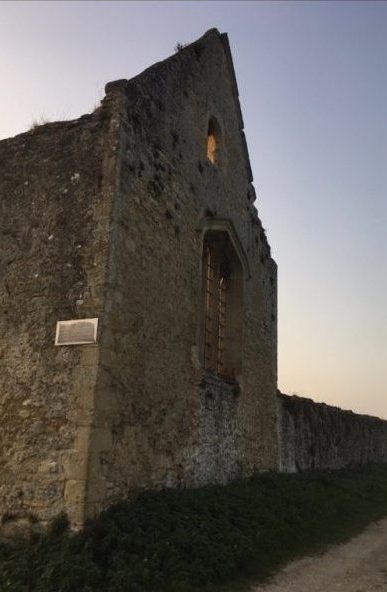 Photograph of the ruins of Godstow Nunnery taken at dusk

Rosamund Clifford, a noblewoman being educated by the nuns at Godstow Nunnery, was said to be one of the most beautiful women of the 12th century. According to legend she was, without doubt, the love of King Henry’s life. This didn’t sit well with his wife Queen Eleanor and so she is said to have forced Rosamund to choose between a dagger and a bowl of poison, of which the latter she chose. Legend says Rosamund produced children with the King, but historians are still unsure whether this is true or not. Henry had a great tomb erected in the chapel for his love, but Bishops Hugh of Lincoln was disgusted by this level of devotion and insisted her remains were to be kept outside of the church.

There are a few myths and legends attached to the ruins in Minster Lovell (located near Witney), but this is a story of sorrow and grief. Growing tired of the dancing, Lord Lovell and his bride decided to play a game of hide and seek on the evening of their wedding day. His bride said:

“Here tarry a moment, I’ll hide, I’ll hide; And Lovell, be sure thou’rt first to trace The clue to my secret hiding place”.

Lord Lovell sought her night and day for years, but he never found his beloved bride. This was until a mistletoe bough chest was found in the castle with a skeleton lying in the bridal wreath of his fair lady.

Banbury is a market town located in Oxfordshire. For years, this nursery rhyme has made it one of the most popular tourist destinations in the UK. The rhyme goes:

“Ride a cock horse to Banbury Cross
To see a fine lady ride on a white horse
With rings on her fingers and bells on her toes
She shall have music wherever she goes”.

It is unknown whether the fine lady was Lady Godiva, Elizabeth I or just a local girl, but local tradition suggests she was a member of the Fiennes family, the aristocratic ancestors of Lord Saye and Sele who own nearby Broughton Castle. While Medieval Banbury had three crosses, only one was left by 1602 and this is thought to have been destroyed by a puritan mob. The present cross was built in 1859 to celebrate the marriage of the Princess Royal Victoria and Prince Frederick William of Prussia. The 19th century London-Banbury coach used to stop at the bottom of Stanmore Hill to bolt on a fifth horse. Local children would gather to watch and chant ‘Ride a cock horse to Banbury Cross’. Who do you think the fine lady was?

We have all heard of some wacky diets out there, the grapefruit diet, the vinegar diet and even the baby food diet. Well, have you heard of the potato peel diet? According to myth, during the Black Death, college doctors at Christ Church college prescribed potato peels every meal for students to keep the plague at bay. However, when they could not bear to eat one more potato peeling, in protest, they graffitied ‘No Peel’ on the doors leading to the Great Hall of Christ Church College. However, this story seems to be just another Oxford myth because ‘No Peel’ refers to Sir Robert Peel, one of the 13 prime ministers educated at Christ Church College in Oxford. Now his nickname, ‘Orange Peel’, was given to him for two reasons. One, he had red hair and two, he spent much of his career opposed to the emancipation of the Catholics and supported Protestants where orange represented the colour of Protestantism. However, during Peel’s career, he made a bold decision to resign from his position of Prime Minister due to his newfound support for Catholic emancipation. Oxford was against the Reformation and known to be a Catholic city. His decision resulted in a political uproar, which resulted in pro-peel and anti-peel groups forming in Oxford. During an anti-peel protest, the words, ‘No Peel’, were hammered into the door of the Christ Church Treasury. Here they stand to this day as a constant reminder of the conflict between Oxford and Christ Church.