Behind the Scenes with the Heritage Trainee

Behind the Scenes with the Heritage Trainee
🕑 7 min read

Find out what the Heritage Trainee, Sif, has been up to over the past 6 months.

In September 2021, I embarked on a 6 month traineeship at the Museum of Oxford. With only 2 days left at MOX, I am looking back at some of my highlights and proudest achievements.

For the first few weeks it was all hands on deck getting the museum ready for the grand re-opening in October! I spent my days moving around tables and chairs, and placing final objects on display in the Museum Makers Space. Being thrown in at the deep end was challenging but also really, really exciting. On museum opening day, I worked front of house in the gift shop. There were people waiting outside the door at exactly 10am eager to get inside and see the new space!

The same week I started at MOX, I started on an iCreative project at Film Oxford, funded by the National Lottery Heritage Fund. 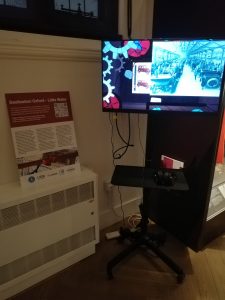 ‘Destination Oxford – Little Wales’ on display in Gallery 1 at the Museum of Oxford.

With a group of other young people, I helped to create a short, experimental film about the migration of Welsh people to Oxford in the early 20th century. The film is mainly made up of digital artworks that we composed in response to archival material, photographs, and oral history recordings from the Oxfordshire History Centre. It was a great experience for me to meet people and develop new skills, for example in creating digital art on Photoshop.

Click here to watch the film. If you have epilepsy or migraine challenges, you may want to avoid this film to protect your health.

As part of my traineeship, I was given the opportunity (and a small budget!) to develop my own independent project. I chose to do a community oral history project based on the experiences and memories of people living, working, playing, and going to school on the Cowley Road. Having grown up near the Cowley Road and attended East Oxford Primary School, this project has been quite a personal experience for me.

Showing off my new Archives Card which I needed to get to be able to go into the Oxfordshire History Centre and look through their archives.

The stories were collected through interviews with members of the local community, including a group of year 5 students from East Oxford Primary School. In January 2022, I ran a reminiscence event for older people at Restore, where people could share their memories of Cowley Road and reflect on how the area has changed or stayed the same over the years.

I also visited the Oxfordshire History Centre to look through their archive material relating to 35 Cowley Road, which used to be a community café and later a Women’s Centre.

I worked with a great company called Stand & Stare to create a new Jukebox collection. The Jukebox combines physical objects with digital technology to create a fantastic interactive experience. Simply place a ‘postcard’ onto the Jukebox and an audio recording will play, accompanied by projected pictures and animations. 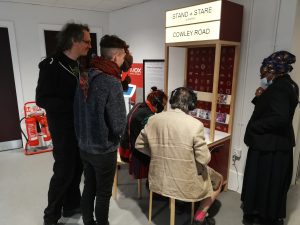 Some of the project participants at the celebration event exploring the Cowley Road collection on the museum’s brand new interactive Jukebox.

There was a lot of lovely material that didn’t make it on to the Jukebox. I didn’t want anything to go unheard and unseen, so I curated a small digital exhibition which you can explore here.

After a long day of putting my DIY skills to the test (i.e. wrangling with a poster stand and tablet holder for hours), everything was finally ready! I invited the project participants back to the museum for a celebration event. It was a fun day, and a few of the participants gave some amazing feedback:

Me running an object handling table as part of the museum’s ‘Beastly Bones’ family event. Objects included: animal bones and teeth, oyster shells, and a bone ice-skate found in a medieval rubbish pit in Oxford.

My time at MOX has been incredibly rewarding. I have especially enjoyed working with schools and family groups. I helped pilot the new workshops for primary schools: Made in Oxford and Moving Oxford. For Made in Oxford, students learn about people in Oxford’s history and vote for who they think is most important. Moving Oxford is about how the canals, railways, and roads have shaped the city of Oxford.

Creating fun resources for museum visitors is something I really enjoy. To celebrate International Women’s Day, I created a family trail and a trail for adult visitors based around women in Oxford’s history.

I love that MOX is a museum of the people, by the people, and for the people. A highlight of my traineeship has been working on accessible resources for the museum to make sure it is an inclusive space. 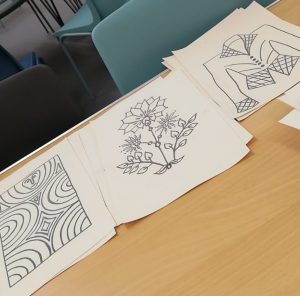 I worked alongside the Learning Assistant to put on a sensory ‘Touch Tour’ for blind and partially sighted visitors. The tour included objects to feel (e.g. bits of velvet) and smell (e.g. spices). We also played some old fashioned fairground music to evoke the atmosphere of St Giles Fair.

Trialing out a special ‘raised image’ printer, I created drawings which have raised (or bumpy) lines which visitors could feel with their hands. 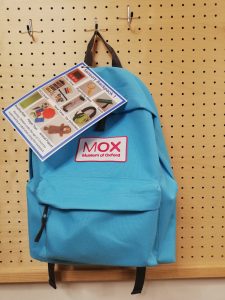 Sensory backpacks with resources for visitors with SEND (Special Educational Needs and Disabilities).

We also created sensory backpacks for visitors with Special Educational Needs and Disabilities (SEND). Backpacks contain things like reading rulers, magnifying glasses, torches, fidget toys, and puppets to facilitate visits. I took on the challenging, yet rewarding, task of creating PECS (Picture Exchange Communication System) cards. These are little laminated cards with images on them relating to areas of the museum which can be stuck onto a board using Velcro. PECS cards can be really helpful when communicating with non-verbal people.

Overall, being a Heritage Trainee at MOX has been an incredibly good experience and I would like to thank all the staff, volunteers, visitors, and project participants who I have had the pleasure of meeting and working with over the past 6 months! 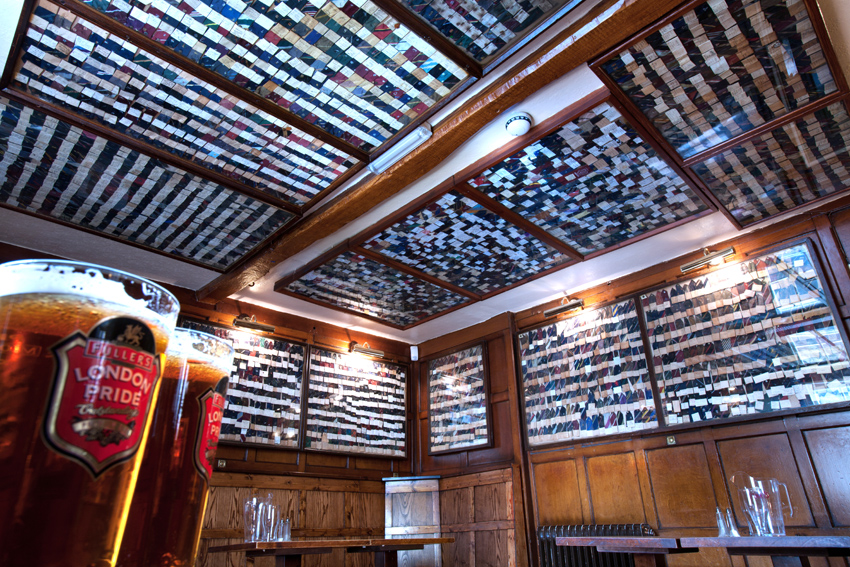